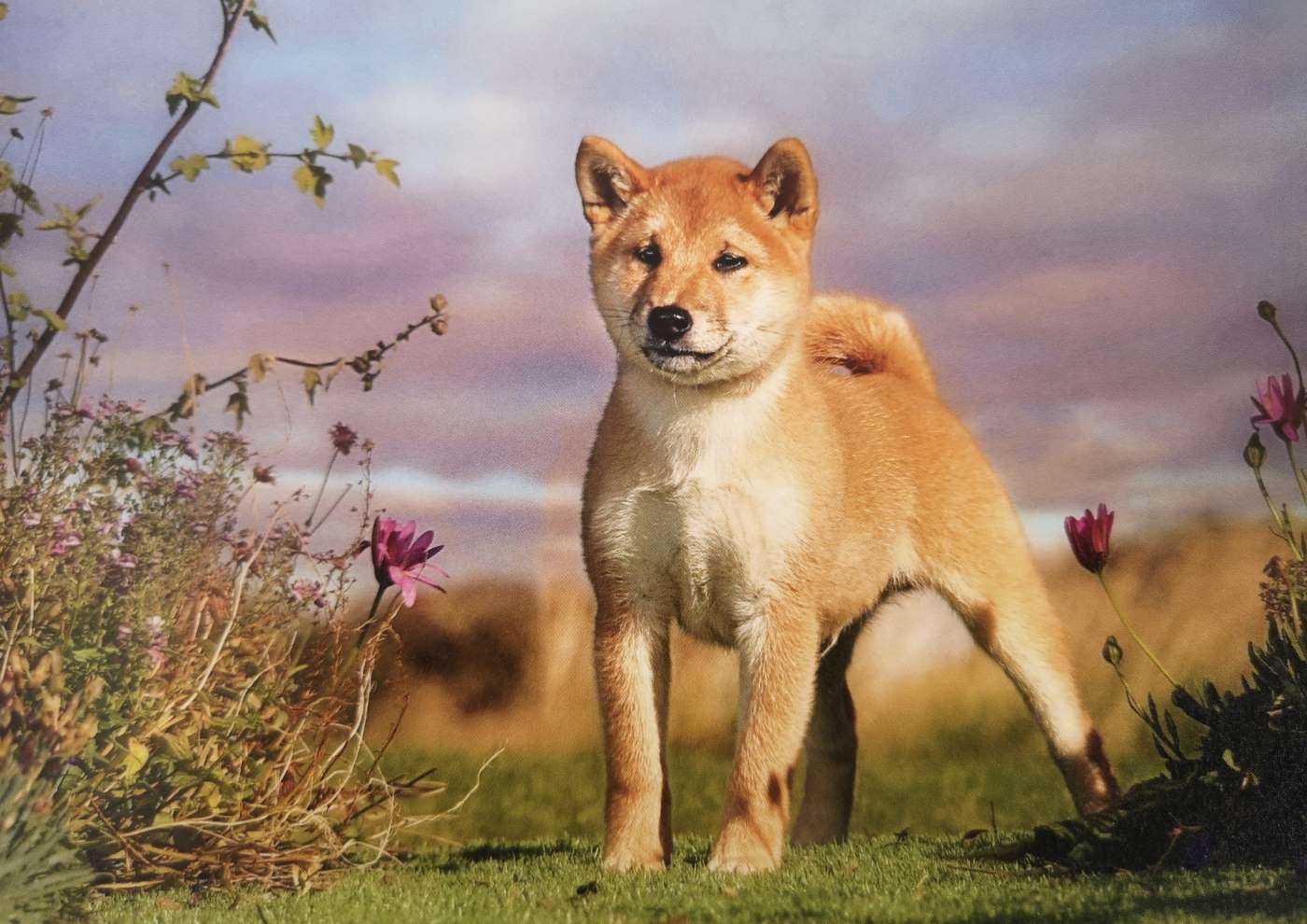 The Shiba Inu (柴犬) is the smallest of the six original and distinct spitz breeds of dog from Japan.

Inu is the Japanese word for dog, but the origin of the prefix "Shiba" is less clear. The word shiba means "brushwood" in Japanese, and refers to a type of tree or shrub whose leaves turn red in the fall. This leads some to believe that the Shiba was named with this in mind, either because the dogs were used to hunt in wild shrubs, or because the most common colour of the Shiba Inu is a red colour similar to that of the shrubs. However, in an old Nagano dialect, the word shiba also had the meaning of "small", thus this might be a reference to the dog's diminutive stature. Therefore, the Shiba Inu is sometimes translated as "Little Brushwood Dog".

The Shiba Inu has been identified as a basal breed that predates the emergence of the modern breeds in the 19th Century.

Originally, the Shiba Inu was bred to hunt and flush small game, such as birds and rabbits. Despite efforts to preserve the breed, the Shiba nearly became extinct during World War II due to a combination of food shortage and a post-war distemper epidemic. All subsequent dogs were bred from the only three surviving bloodlines.[14] These bloodlines were the Shinshu Shiba from Nagano Prefecture, the Mino Shiba from Gifu Prefecture, and the San'in Shiba from Tottori and Shimane Prefectures. The Shinshu Shibas possessed a solid undercoat, with a dense layer of guard-hairs, and were small and red in colour.

The Mino Shibas tended to have thick, prick ears, and possessed a sickle tail, rather than the common curled tail found on most modern Shibas. The San'in Shibas were larger than most modern Shibas, and tended to be black, without the common tan and white accents found on modern black-and-tan Shibas. When the study of Japanese dogs was formalized in the early and mid-20th century, these three strains were combined into one overall breed, the Shiba Inu. The first Japanese breed standard for the Shiba, the Nippo Standard, was published in 1934. In December 1936, the Shiba Inu was recognized as a Natural Monument of Japan through the Cultural Properties Act, largely due to the efforts of Nippo (Nihon Ken Hozonkai), the Association for the Preservation of the Japanese Dog.

The Shiba is double coated, with the outer coat being stiff and straight and the undercoat soft and thick. Fur is short and even on the fox-like face, ears, and legs. Guard hairs stand off the body and are about 4 to 5 cm (1 1⁄2 to 2 in) long at the withers. Tail hair is slightly longer and stands open in a brush. Shibas may be red, black and tan, or sesame (red with black-tipped hairs), with a cream, buff, or grey undercoat. They may also be white (cream), though this colour is considered a "major fault" by the American Kennel Club and should never be intentionally bred in a show dog, as the required markings known as "urajiro" (裏白) are not visible; "Urajiro" literally translates to "underside white". Conversely, a white (cream) coat is perfectly acceptable according to the British Kennel Club breed standard.

The urajiro (cream to white ventral colour) is required in the following areas on all coat colours: on the sides of the muzzle, on the cheeks, inside the ears, on the underjaw and upper throat inside of legs, on the abdomen, around the vent and the ventral side of the tail. On reds: commonly on the throat, fore chest, and chest. On blacks and sesames: commonly as a triangular mark on both sides of the fore chest.

Shibas tend to exhibit an independent nature and sometimes show dog aggression. This is more prevalent between female Shibas and is influenced by the breed's strong prey drive. The Shiba Inu is best in a home without other small dogs or young children, but consistent obedience training and early socialization can make all the difference. The breed also interacts fairly well with cats.

From the Japanese breed standard:

A spirited boldness, a good nature, and an unaffected forthrightness, which together yield dignity and natural beauty. The Shiba has an independent nature and can be reserved toward strangers but is loyal and affectionate to those who earn his respect. They can be aggressive toward other dogs.

The Shiba is a relatively fastidious breed and feels the need to maintain itself in a clean state. They can often be seen licking their paws and legs, much like a cat. They generally go out of their way to keep their coats clean. Because of their fastidious and proud nature, Shiba puppies are easy to housebreak and, in many cases, will housebreak themselves. Having their owner simply place them outside after meal times and naps is generally enough to teach the Shiba the appropriate method of toileting.

A distinguishing characteristic of the breed is the so-called "shiba scream". When sufficiently provoked or unhappy, the dog will produce a loud, high pitched scream. This can occur when attempting to handle the dog in a way that it deems unacceptable. The animal may also emit a very similar sound during periods of great joy, such as the return of the owner after an extended absence, or the arrival of a favoured human guest.

Overall, the Shiba Inu is a healthy dog breed. Health conditions known to affect this breed are allergies, glaucoma, cataracts, hip dysplasia, entropion, and luxating patella. Periodic joint examinations are recommended throughout the life of the dog but problems are generally discovered early in the dog's life. Eye tests should be performed yearly as eye problems can develop over time. By two years of age, Shiba Inus can be considered fully free from joint problems if none have been discovered by this point, since at this age the skeleton is fully developed.

As with any dog, Shibas should be walked or otherwise exercised daily. Worming and vaccination programs should be provided by your local veterinarian.

It is recommended that you choose a complete or raw food diet for your dog with special attention to any allergies. Some dogs have difficulty with gluten and soya and therefore a hypoallergenic food is best. The food should be selected for your dog's age and activity. For example, a healthy active adult dog would be best on adult daily or working range. Whereas a dog aged 10 years would be best on a mature dog complete mix. Ultimately it is really your choice what to feed your dog through each life stage but man brands are available and ultimately if you are unsure, it is best to speak to experienced staff/vet about which food or brand is best.

Their average life expectancy is from 12 to 15 years. Exercise, especially daily walks, is preferred for this breed to live a long and healthy life. The oldest known Shiba, Pusuke, died at age 26 in early December 2011 and was the oldest dog alive at the time.

These dogs are very clean, so grooming needs will likely be minimal. A Shiba Inu's coat is coarse; short to medium length with the outer coat being 2.5 to 3.2 cm (1 to 1 1⁄4 in) long, and is naturally waterproof so there is little need for regular bathing. They also have a thick undercoat that can protect them from temperatures well below freezing. However, shedding, also known as blowing coat, can be a nuisance. Shedding is heaviest during the seasonal change and particularly during the summer season, but daily brushing can temper this problem. It is recommended that owners never shave or cut the coat of Shiba Inu, as the coat is needed to protect them from both cold and hot temperatures.

Shiba’s are a lively energetic breed and need daily exercise to stimulate their mind with at least twice daily walks 20-40mins minimum. I would encourage training to at least a basic level at puppy training classes or if you are an experienced owner then within the home is fine. Puppy socialisation is paramount and should take place initially during the early days within the home and garden until they are ready for outdoor walks. The golden period for socialising is between 12 and 22 weeks old. This is the stage you puppy is most likely to develop his social behaviours and become and friendly rather than passive dog. Try to subject your puppy to everyday noises such as traffic, children, hoovers, washing machine etc. as this will build up confidence and allow for further positive training. 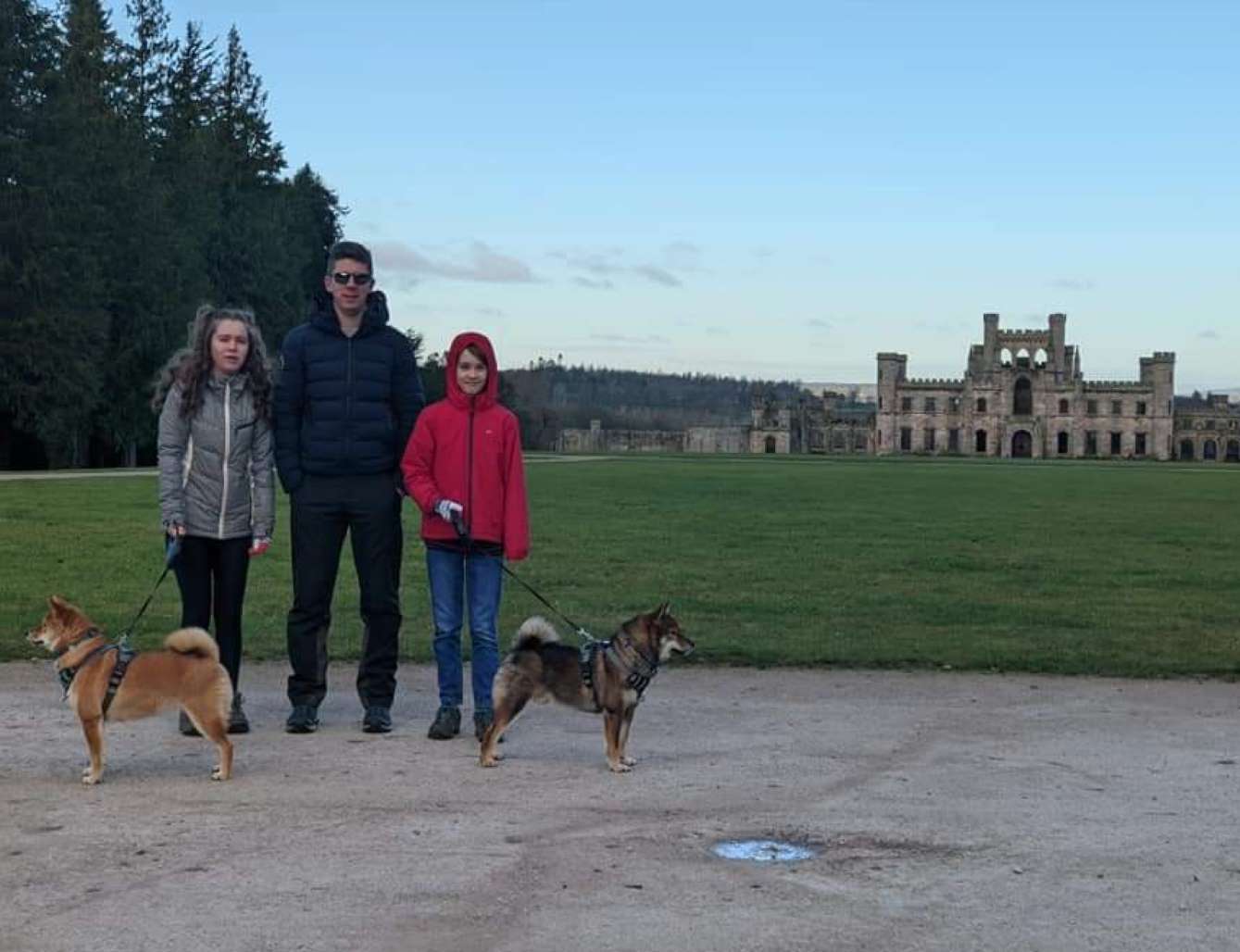 We got our pup from Jill in 2020. From the first contact with Jill she is very nice and professional and clearly loves her animals, we knew straight away she was the correct breeder for us, gave all the info we asked for/needed and knew we could always contact her again if we ever needed any advice, our little Shiloh is a perfect example of the breed and very good natured.

We are really happy we chose Jill as our breeder. Nothing will quite prepare you for being a first time Shiba owner so it’s been helpful to have Jill at the end of the phone every time we have needed support. Yoji is a year old now and shaping out to be the sweetest little dog, full of personality and character, we’re over the moon with him and we get told how beautiful he is by strangers every time we go for a walk! He is completely part of the family and training him has been so rewarding for us.

Jill was the 3rd Shiba Inu breeder we spoke to over a few months of looking around. By far, she was the most 'normal' and approachable of them all, with no heirs and graces, no strange rules, and a true desire to be sure her puppies would be going to the most suitable homes.

We got great advice after meeting her and the puppies for the first time, and the support after we picked up Keiko has been so valuable.  Even after we've had Keiko for close to two years, Jill is still happy to answer the occasional question that pops up.